Can you learn how to write your own songs? 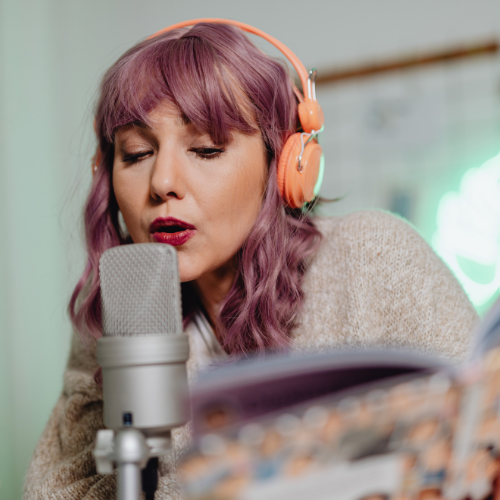 One of the best part of taking music lessons is how amazing it feels when you are able to play music that you love. Classical, pop, Broadway – you can get the sheet music for absolutely anything that was ever composed and learn how to play it yourself. Feels great!

Something a lot of people don’t think about is that there is another very artistically fulfilling path: to create your OWN music! But…can you write your own song if you have never composed anything before?

I’ll let you in on a little secret: composing music does not require some magical talent that forms the notes out of thin air. Writing your own music is an acquired skill that is based on a set of rules ranging from very simple to very complicated depending on what style of a piece you are going for.

Let’s begin with some basic stuff that will immediately help you out when you are learning how to write your own songs:

If you look at the pattern of black and white keys on a piano, you may notice that there are 12 keys (notes) before the pattern repeats.  It’s important to note: you don’t need all of these notes to start composing – instead, you can use notes from a major or minor scale. Major and minor scales only have 7 notes!

Step 1: Choose a Scale to Experiment with

If you’re just learning how to write your own song for the first time and you don’t know scales yet, try playing only the white keys on the piano starting from C, which is on the left side of any 2 black keys: C-D-E-F-G-A-B-C. This is called a C Major scale and it’s the easiest scale to start using for writing music.

Step 2: Create a pattern of high/low notes and long/short notes

A melody is made up of a combination of notes going up/down and by stepping or making small skips.

When you write your first melody, try to create it by playing steps or small skips only using white keys, using a combination of long and short sounds. By doing this, you stay in the key of C major and everything you play will sound good or at least decent.

Step 3: Experiment with your melody beginning on a different key

The coolest thing about melodies is that they can be transposed. This means that you can play the same pattern but starting on a different key.

The C Major example above may sound very “happy” to you, but perhaps you’re looking to write a more melancholy song. You can use a major scale instead of a minor scale to do so.

If you don’t know your minor scales, try starting your melody on an A instead of a C, and using only white notes. Now you’re creating a melody in the key of A minor – the relative of C Major because they both only use white keys.

Add an Accompaniment to a Melody for some Harmony

In most cases the melody is the highest part of the song. If you’re writing a song for piano, the melody will often be played with the right hand because the highest notes on the piano are on the right side. But what about some harmony?

We can add that by adding an accompaniment in the left hand.

While the melody needs single notes, the accompaniment usually requires several notes at the same time, which are called chords.

How do you make a chord?

Super simple: using our basic C major scale, press any key for the bottom note, then skip a key and press the next one, and then do the same to press the last third note.

Examples of chords in the key of C Major:

Remember, in music notation, we spell everything from the bottom to the top. Use your pinky, middle finger, and your thumb to press these three notes at the same time and you will get a chord!

Experiment with which chords sound the best with your melody, and voilá!

You have learned how to write a song!

If you are enjoying this process and want to learn how to write down what you are composing, plus a million other tips on how to compose music, then sign up for some songwriting lessons.

The most important thing to remember is that this is an acquired skill. Songwriting is honed by many years of practice!

Whether you write music with guitar or piano, a good music teacher will show you how to become better and better at this, and you will realize that writing music is much more doable and enjoyable than you might have predicted.

At the last recital of Riverside Music Music Studios one of our adult students sang two of her original songs with guitar and it sounded amazing!

Go ahead, learn to write your own songs and let your creativity out!

Home » Can you learn how to write your own songs?