Why are piano keys black and white? 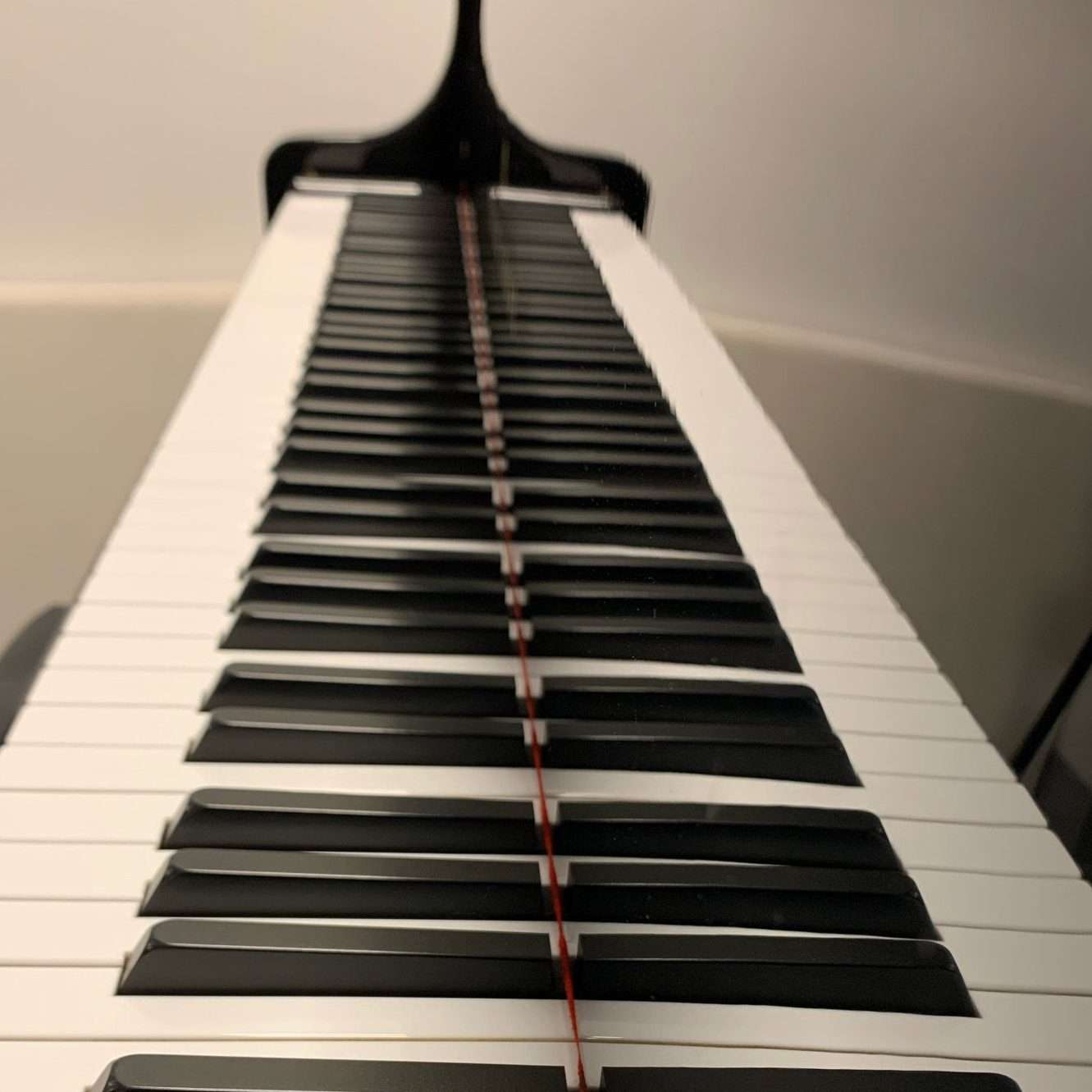 Let’s start with a quick funny experiment: take a blank piece of paper and try drawing a piano keyboard without looking at one. (don’t look at the pic above this post – no cheating!)

Did you get it right? Remember how there was a similar experiment when people were asked to draw a bicycle and some of these drawings came out hilariously wrong? Chances are that your piano keyboard didn’t come out quite right either, but no worries, we’ll make you understand it once and forever, after explaining all the keys in depth.


The answer lies in the fact that we needed a way to break apart the piano keyboard into sections so that we can easily play music. A full size piano has 88 keys, but it would be very difficult to find notes without some repeating pattern! Therefore, those 88 keys are divided into repeating groups of 12 notes. within each group of 12 notes, there are 7 white keys and 5 black keys. The black keys are in groupings and help  us quickly identify the note names of the white keys.


You may be asking “I thought that there were only 7 notes in the musical alphabet!?” That is true, but there are actually technically 12 different notes! The 12 notes are:

Out of these 12 notes, artists and composers usually choose from patterns of 7 main notes (called scales or modes) to compose their music.

For example, a piece in the key of C will usually only use these 7 notes:
C D E F G A B C

The History of Black and White Keys on the Piano

To understand why piano keys are black and white, one must first understand the layout of a keyboard.

The earliest keyboard instruments  were small pipe organs. These early keyboard instruments had all 12 notes right next to each other. They were also laid flat on the same level and were made out of natural wood. As more notes and keys were added for lower and higher registers and with all keys looking exactly the same. There way no way to discern one key from another, which made finding the right keys quickly very difficult, if not impossible!

Early  instrument designers realized that there needed to be some landmarks that would allow the players to instantly see the notes without having to count them from the bottom each time. Their amazing solution was to separate the 12 keys into groups of 7 and 5 and make them look somewhat different. Separating the keys into two groups of 6 wouldn’t have worked as the pattern would be too small and simple to create bigger landmarks, or too much repetition, so they chose a 7 and 5 pattern!

In these early days, the black keys were the ones  that were lower and white keys were higher- so the colors on the piano were reversed! It still works like that on another keyboard instrument called the harpsichord. Feel free to search for some pictures of a harpsichord on Google. You may think that switching the colors is a drastic change for anyone playing the keyboard, but amazingly enough, a musician’s brain makes the switch nearly instantly and piano players do not feel strange playing the harpsichords.

Back to the keyboard layout. Now we have a pattern of alternating groups of 2 and 3 black keys that very clearly separates the keyboard in octaves (groups of 12 keys) and makes it possible to find each individual key quickly. For example, if you need to play G you just memorize that it is located between the first 2 black keys in the group of 3 black keys. Or if you need to find D# you just need to memorize that it is the right side black key in a group of 2 black keys.

How to Draw the Piano Keyboard 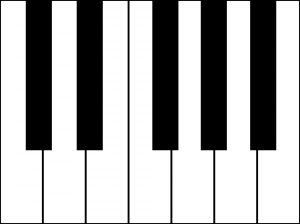 Here is the order to draw the piano keyboard with:

Obviously at some point, the black and white were switch and we ended up with the pattern that is on modern day pianos. So why are piano keys black and white specifically and not some other color? It’s simply so that those colors contrast with each other so drastically!

Imagine playing the piano 200 hundred years ago with the light of just a few burning candles. You would need to see the pattern very clearly. Theoretically, we can paint the keys blue and yellow or red and green and a pianist would still be able to play. It would just be very intense for the eyes to constantly look at the bright colors while playing.


Do you want to learn more about the piano notes on a grand piano? Sign up for piano lessons in NYC with Riverside Music Studios and we can help you! That’s right, we have 3 grand pianos, including a Steinway, as well as 4 upright acoustic pianos at our music school on 55th and Broadway in NYC.

Home » Why are piano keys black and white?