Why is it important to learn to play scales when learning a musical instrument? 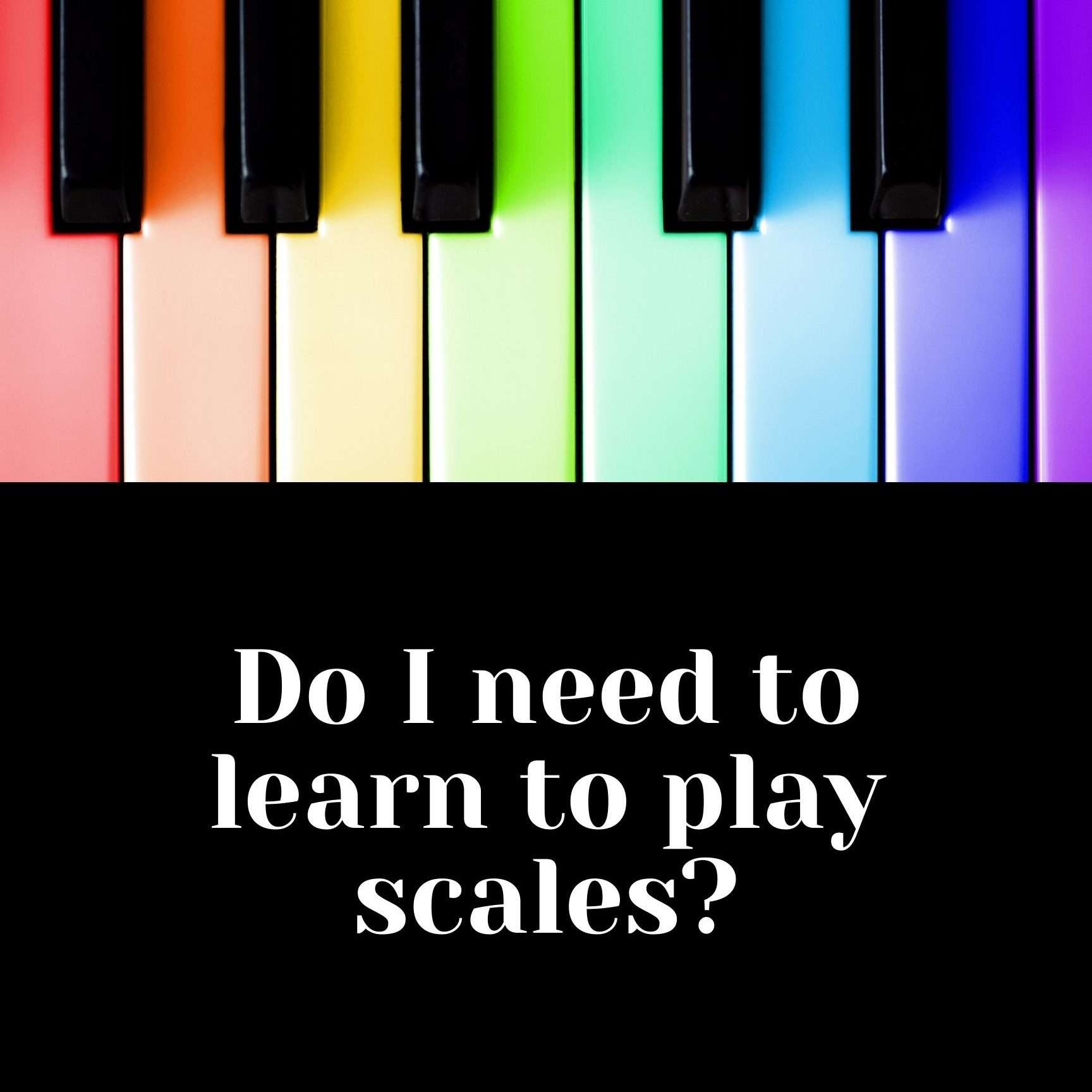 One  frequent stereotypes depicted in movies are students in private music lessons  practicing scales. The student starts a scale, makes a mistake, starts over again, makes a mistake again. It is portrayed as torture for the student and the teacher! In this article, we will discuss why it is it important to learn to play scales when learning a musical instrument.

What are scales in music?

The piano is unique because those 12 notes repeat from low to high until we have 88 different pitches to choose from. The lower end of the piano (left side) plays pitches with lower frequencies, while the higher end of the piano (right side) plays higher frequencies. On other instruments, the musician does not have quite as an extensive choice of high or low sounds to choose from.  Violins are only able to play higher notes, and cellos are only able to play lower notes.

When artists and composers write music, they have these 12 pitches at their disposal to experiment with. It can become complicated to write a piece of music when trying to use ALL 12 pitches. In the Western “classical” tradition, instead of making it very complicated, composers utilize simpler groups of 7 notes to compose their melodies from. These groups of notes are the specific patterns we call “scales.” Scales provide us building material from which to begin forming a piece of music.

When we talk about the “key” a piece of music is in, we are talking about what scale was used as the basis. We can make scales beginning on a note from our 12 musical pitches.

There are many types of scales; however, most Western classical music uses one of these two main scale patterns:

But wait! This does not mean that composers are never allowed to use the other 5 notes that don’t belong to the scale! In music, there are always exceptional circumstances and the “rules” can be broken at any time. Sometimes a composer will briefly visit one of the “outsider” notes.  Sometimes, a composer will use one of the notes that does not belong to the scale to modulate (or change key).

A great example of this is famous composer J. S. Bach, who lived during the Baroque era. Bach took the notes of the C Major scale and composed a beautiful piece entitled “Prelude in C.”  If you look at the score of this piece you would notice that there are some black keys (sharps or flats) used here and there, but the majority of the time Bach sticks to the 7 notes of the C major scale.

In a similar way, when Beethoven wrote the famous “Moonlight Sonata” he chose a C# minor scale for his building material.  There are actually three different versions of minor scales, which can be used interchangeably within a piece.


Minor keys allow for even more flexibility when composing, and Beethoven often took full advantage of this feature.

Scales and Modes in Jazz

Jazz musicians are masters at manipulating scale patterns. They are able to weave in and out of many different scale patterns all within one piece! They also use other types of scales and scale-like patterns than major and minor. Some examples:

So, why is it important to learn to play scales when learning a musical instrument?

If you want to become a songwriter then you will have to learn all 12 major and 12 minor scales to know your building material, so to speak. But what if you only want to play the songs – do you need to study the scales as well? Most music teachers agree that you must.

Among many benefits of knowing scales as a musician, the  most important ones are:

Some music teachers do not expect their students to learn and practice scales. The line of thinking there is that it is possible to build a decent technique by only playing the actual songs. There are certainly many ways to learn to play an instrument.  Excluding traditional exercises like scales from the process is a risky move.

Musicians have been playing scales for centuries and there is a reason we have continued to play them! When it comes to art, we cannot claim superiority over previous generations of musicians. If scales were good enough to practice every day by such titans of the past like Vladimir Horowitz, then why wouldn’t they be good enough for the modern players?

Home » Why is it important to learn to play scales when learning a musical instrument?