What do the Pedals on Pianos do? 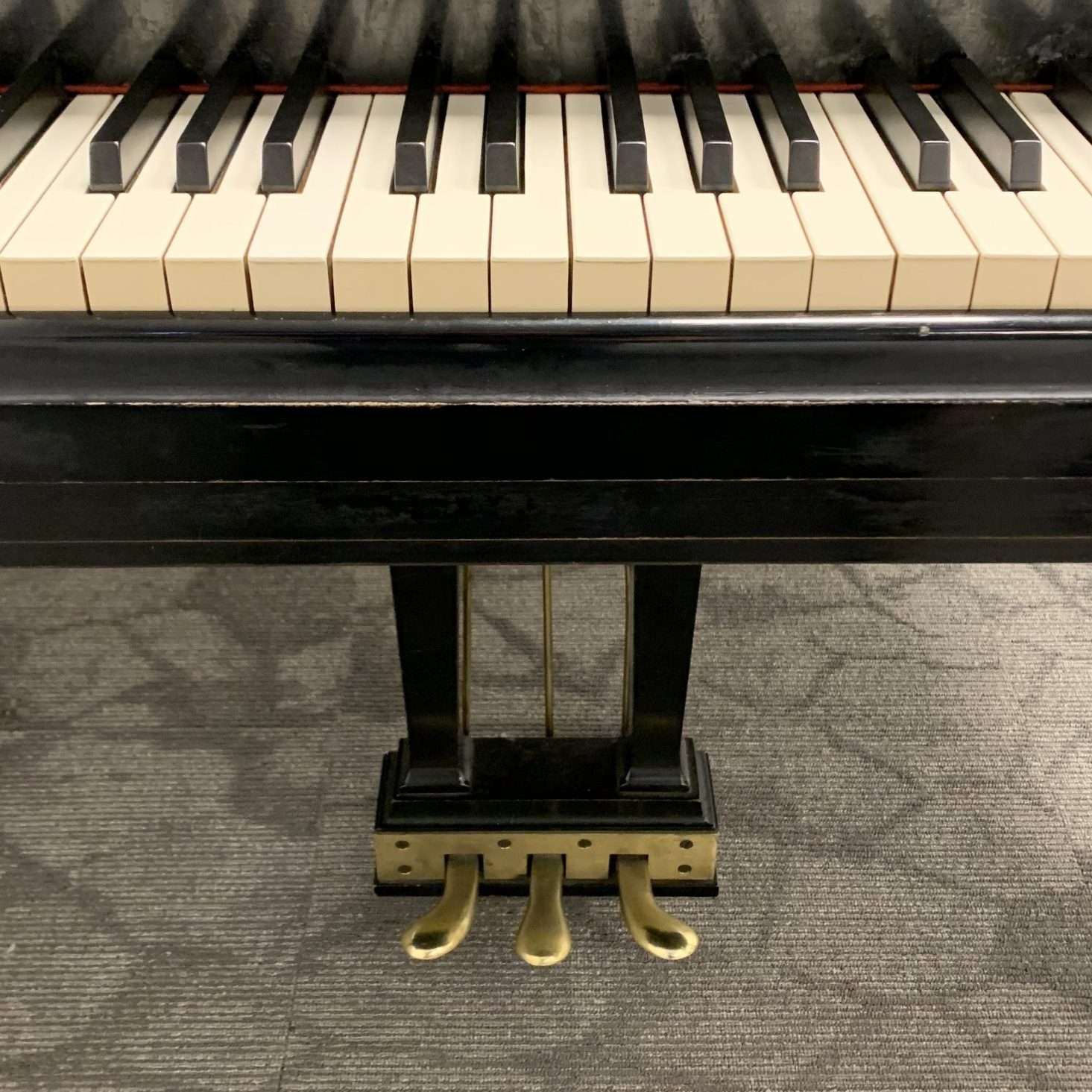 If you are playing the piano already you might think that the question “What do the pedals on pianos do?” is a simple question to answer. You may be surprised to find out that there are many things to learn about the purpose of different piano pedals!

How many pedals are there on a piano?

The answer to this question depends upon the type of piano or keyboard you have!

There are many types of acoustic pianos, and how many pedals are on the piano will vary depending upon brand, model, and how old the piano is.

If you buy an electric keyboard, there are also many variances! Some keyboards do not come with a pedal at all. Many electric pianos come with a single plug in pedal. Still others come with all three pedals.

Every student enrolled in piano lessons asks the question of “what do the pedals on the piano do?” at some point!

Usually we begin with learning about the he most commonly used pedal. This is the pedal on the right: the damper pedal (otherwise known as the sustain pedal). On an acoustic piano, this is always the pedal to the far right. On an electric piano, if you only have one pedal, it will be the one that plugs into the back of the keyboard with a 1/4″ input,, and it usually says “sustain” or “damper” as a label.

What is the job of the damper pedal?

The damper pedal always has the same main job: to sustain sound. It allows sound to continue long after your finger stops pressing a piano key.

How does the damper pedal work?

If you do use the sustain pedal the sound will continue until you let go of the pedal or until the strings stop vibrating naturally.

On electric pianos, this is done digitally.

Cool Features of the Damper Pedal on an Acoustic Piano

When you lift all the dampers up the strings vibrate to produce a specific frequency for each note. But besides the main frequency, the strings produce what is called overtones – a quieter sound/frequency that sounds above the main note.

The overtones are produced at a specific mathematical pattern discovered long ago by Pythagoras. As the strings continue to vibrate they begin to react to the vibrations of other strings creating ripples of overtones. If you press the sustaining pedal and play a big harmonious piano chord, then you will hear how the “color” of the sound changes with time. The multitude of various combinations of the acoustic overtones is unparalleled and cannot be recreated in a digital sound.

Using the damper pedal on an electric piano is not the same as an acoustic!

Sadly, you won’t hear that on any electric keyboard. It is simply impossible to calculate every scenario with different note combinations and dynamic levels of each note. This is also something that the piano players of the highest level do: they can change the timbre of the sound while playing the same exact notes by applying different pressure on different keys. The sustain pedal allows for a truly vibrant sound on the acoustic piano and because of that, piano players use it almost all the time.

On acoustic pianos that have 2 or 3 pedals, the leftmost pedal is the “soft pedal.” It makes the sound of the piano quieter. Electric keyboards don’t usually have this pedal in a standard package.

How does the una corda pedal work on upright pianos?

If you look inside an acoustic piano you will see that most hammers hit not one but three strings per key to produce the sound. Only at the bottom quarter of the keyboard the number of strings per key goes down to two and then one string. With this, the strings themselves get much thicker.

How does the una corda pedal work on grand pianos?

On a grand piano when you press the soft pedal, all the hammers move slightly to the left so instead of hitting 3 strings, they only hit 2. The overall sound volume goes roughly down roughly by a third this way. The original name of the soft pedal was the “una corda” pedal, or a “one string” pedal, because the hammers were moving even more to the left to strike only one string. Eventually musicians didn’t like that drastic of a change in the sound volume (it became too low) and it was changed to 2 strings instead.

On upright pianos the hammers don’t move to the left but instead move closer to the strings, so they have less distance to gain the speed to forcefully hit the strings. Again, everything becomes quieter.

How often is the soft pedal used by professional pianists?

Interestingly enough, professional pianists these days prefer to use only very little of the soft pedal or none at all. It is almost considered cheating to use the soft pedal instead of being able to play very quietly with your fingers. Also, taking away one out of three strings noticeably strips the original piano sound away from its full beautiful color.

If you have 2 pedals, then you will always have the two pedals described above. If you have three pedals then the middle pedal might do two completely different things.

What does the middle pedal do on an upright piano?

On upright pianos, in most cases, it is a practice pedal. When you press it and move to the left (it gets fixed in the pressed position) a piece of fabric or felt lowers down between the strings and the hammers. Now the hammers hit the strings covered by the fabric and the sound becomes more than half as quiet. So why might you need it? To practice either very early in the day or late at night. This pedal was invented specifically for your family and your beloved neighbors 🙂

What does the middle pedal do on a grand piano?

On grand pianos the middle pedal does a completely different job: when pressed, it sustains only those notes that you play exactly with it and any other notes that you play after. It is called a “sostenuto pedal.” So why do we need it? Well, the answer is: we don’t actually need it much. There’s only a handful of situations in piano literature when you need one bass note usually to last for a long time while the other notes should not be sustained AND you can’t do it by just holding that bass note with your finger. The mechanics of the sostenuto pedal is not 100% reliable so pianists usually avoid it altogether. Depending on the brand, some upright pianos also have their middle pedal as a sostenuto pedal. Again, it will still very rarely be used. In Europe, for example, it is standard not to have the sostenuto pedals on pianos at all.

What about pianos with four pedals?

If you own a piano with 4 pedals, then congratulations, you must be really rich, and a professional pianist as well! Only one Italian piano brand makes grand pianos with 4 pedals.Fazioli come with a price tag of around $200K. The extra pedal on this piano changes the action on the piano. This means that pressing the keys down can be easier or a little harder. Some pianists prefer a light touch, some prefer heavier touch. Normally, a piano technician would spend days making such an adjustment, so this pedal is almost a miracle! An interesting fact: Fazioli was a furniture making company and a very recent newcomer to the piano-making world and they are taking it by a storm.

Next time you’re at a piano, explore the sounds while using the different pedals and find out what the pedals on piano do for yourself. It’s so fun to experiment with the different sounds!

Home » What do the Pedals on Pianos do?